In-depth workshops form a key part of the Equilibrium experience, with the purpose of fostering a culture of awareness of the complete musical picture. Workshops address preparation, stamina, focus, mistake recovery and peak performance.

Phyllis Ferwerda received her four-year yoga education at the “Saswitha institute for Yoga and Philosophy” in Bilthoven, and specialized in “Chakra philosophy”. She completed courses in breath- and breathing therapy, ayurvedic massage, ayurveda and anatomy/fysiology. Also a pianist and vocal coach, Phyllis has taught singers at the Bachelor and Master’s level of the Royal Conservatory of The Hague for over 25 years, and continues this path alongside her yoga teaching. Since 2016 she created the Yoga Elective for Musicians at the Royal Conservatory of The Hague. Her yoga lessons are Saswitha-based, with focus on the breath: the bridge between consciousness and the body. Her interests also move towards Critical Alignment Yoga, and she has created a series of lessons specific to Equilibrium Young Artists. 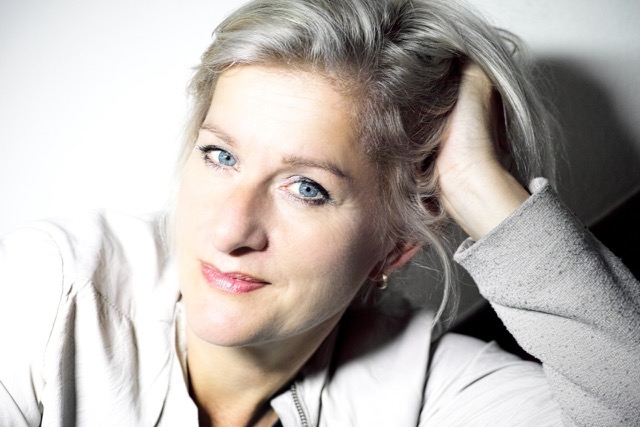 Former professional tennis player Jackie Reardon trains performance artists, captains of industry and elite athletes. Drawing upon her expertise and experience in both professional sports and mindfulness she developed the Friendly Eyes Mindset. This hands-on philosophy teaches how to stay focused on the task at hand without being distracted, learning how to reach your peak performance under pressure and receive tools to achieve harmonious and effective co-operation when the stakes are high. 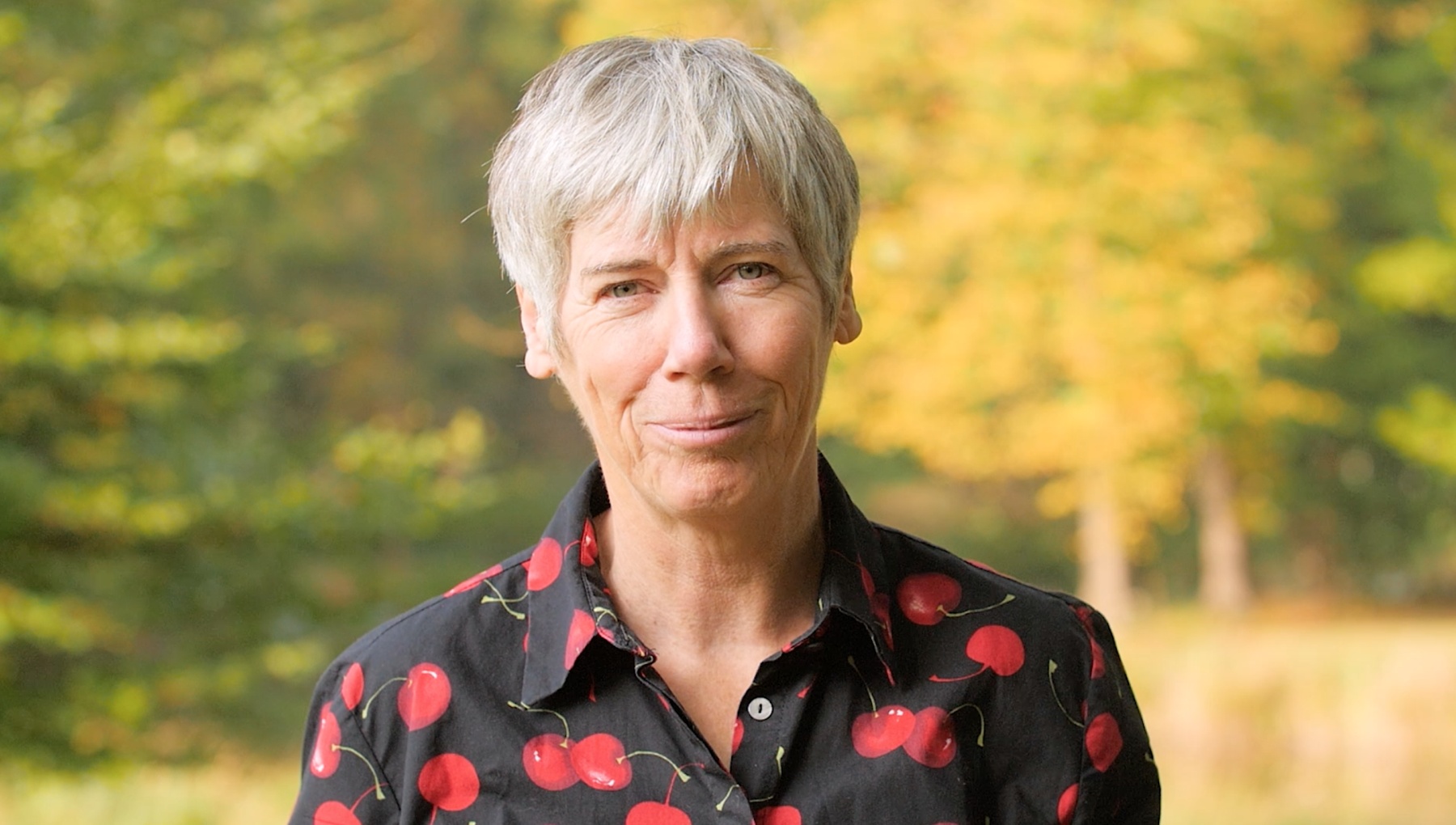 Patrick Stanley began studying Wu Family Tai Chi Chuan in 2001 with Sifu Martin Kennedy. He was accepted as a disciple in 2006 and then received his teachers certificate in 2010. Starting with the Standard 108 hand form he went on to learn Round 54 hand form as well as Chi Gong, Basic Push hands, and several weapons forms principally the Sword form. Patrick continues to study with Sifu Martin Kennedy and Grand Master Sikung Wu Kwong Yu. Si Kung has always said that one cannot have martial without health. Engaging with Equilibrium will be a great opportunity to extend the benefits of Tai Chi Chuan beyond its martial roots. 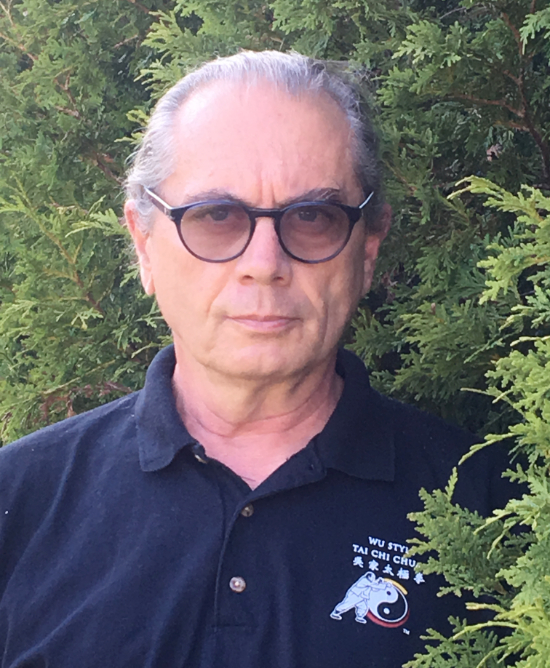 Maria Conti Gallenti was born in Messina (Sicily) and since 2015 teaches Italian opera repertoire at the Hochschule für Musik in Frankfurt am Main.
After studying piano in Rome and Pescara with Bruno Aprea and Bruno Mezzena, she specialized in contemporary music with Giacomo Manzoni and began an intense concert life as a soloist and chamber music partner. At the same time, she was Professor of Piano and Score Reading at the Conservatory Pergolesi of Fermo (Italy).
Later on, she developed a growing interest in vocal music, cooperating for many years with opera and lieder festivals, competitions and master classes such as: Sommerakademie in Salzburg, Renata Tebaldi Foundation in San Marino,Toti dal Monte Opera Competition in Treviso …
Various collaborations with the Ensemble Modern for the Frankfurt Opera House and the AMH Foundation (Akademie Musiktheater heute) reflect her interest in modern and contemporary music.

EQ mezzo-soprano Julia Dawson introduced us to Maria, who is now a valued colleague and has been insightfully preparing our Pulcinella soloists and assistant conductors with a very detailed approach to the diction (both Italian and Neapolitan) and history of the vocal arias included in Stravinsky’s Pulcinella. 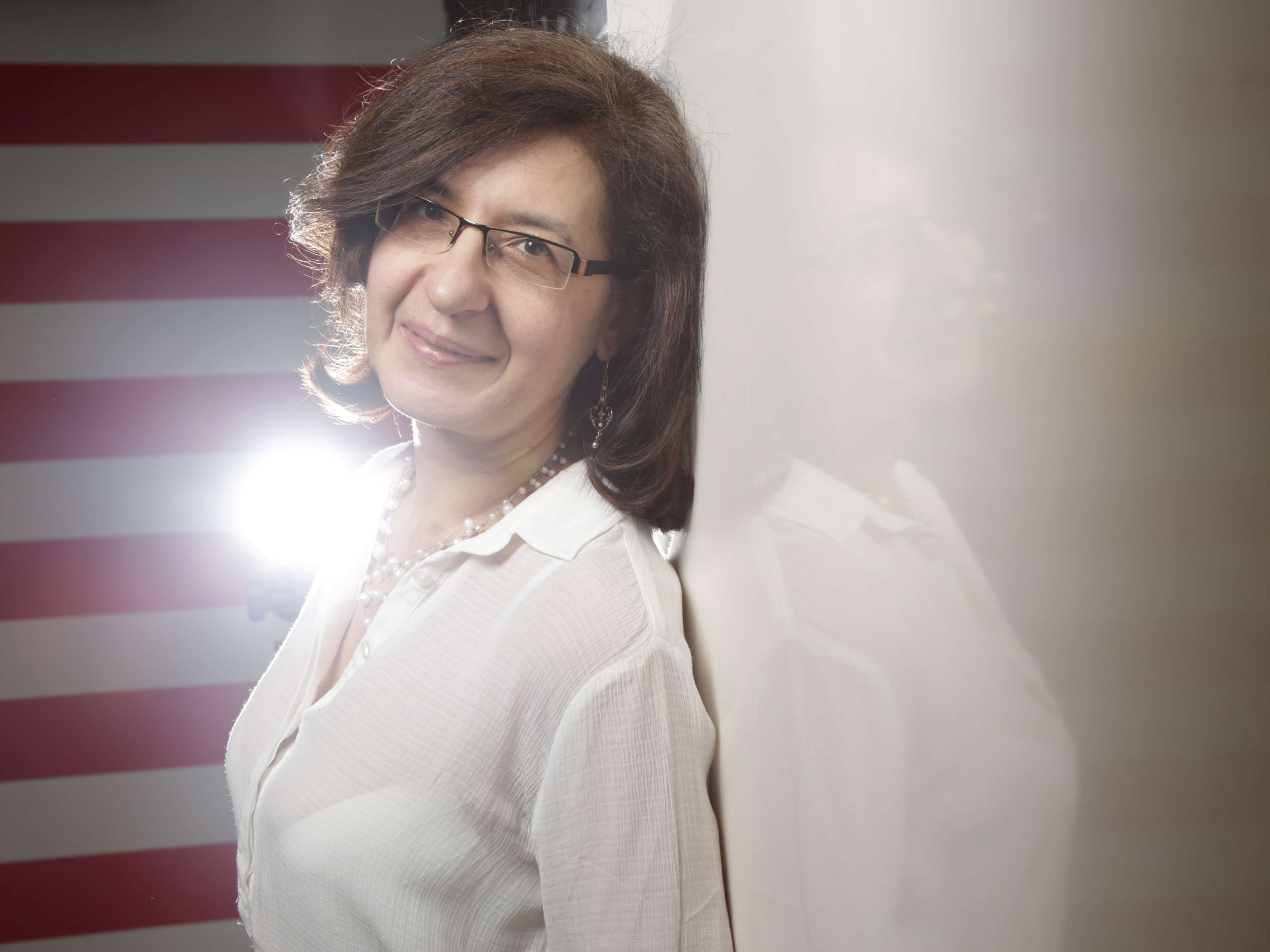 Born in Paris, Florence settled in London in 1982. She graduated from Nice University and subsequently trained as a singer at the Royal Academy of Music in London and at the Centre de Musique Baroque de Versailles in Paris.

She has a deep passion for poetry, French song and researching less well-known songs to create interesting programmes and is keen to encourage all singers to explore the mélodie répertoire.

Florence views her work with young artists as an essential part of her career and is a staff member at the Guildhall School of Music and Drama, the Royal Academy of Music, the Royal College of Music, the National Opera Studio, the DNOA in Amsterdam and the Jette Parker Young Artists Programme at ROH. She is also a visiting coach at the Royal Northern College of Music and the Bolshoi Young Artists Opera Programme in Moscow.

Florence first met Barbara Hannigan over 25 years ago and is delighted to be part of the Equilibrium team. 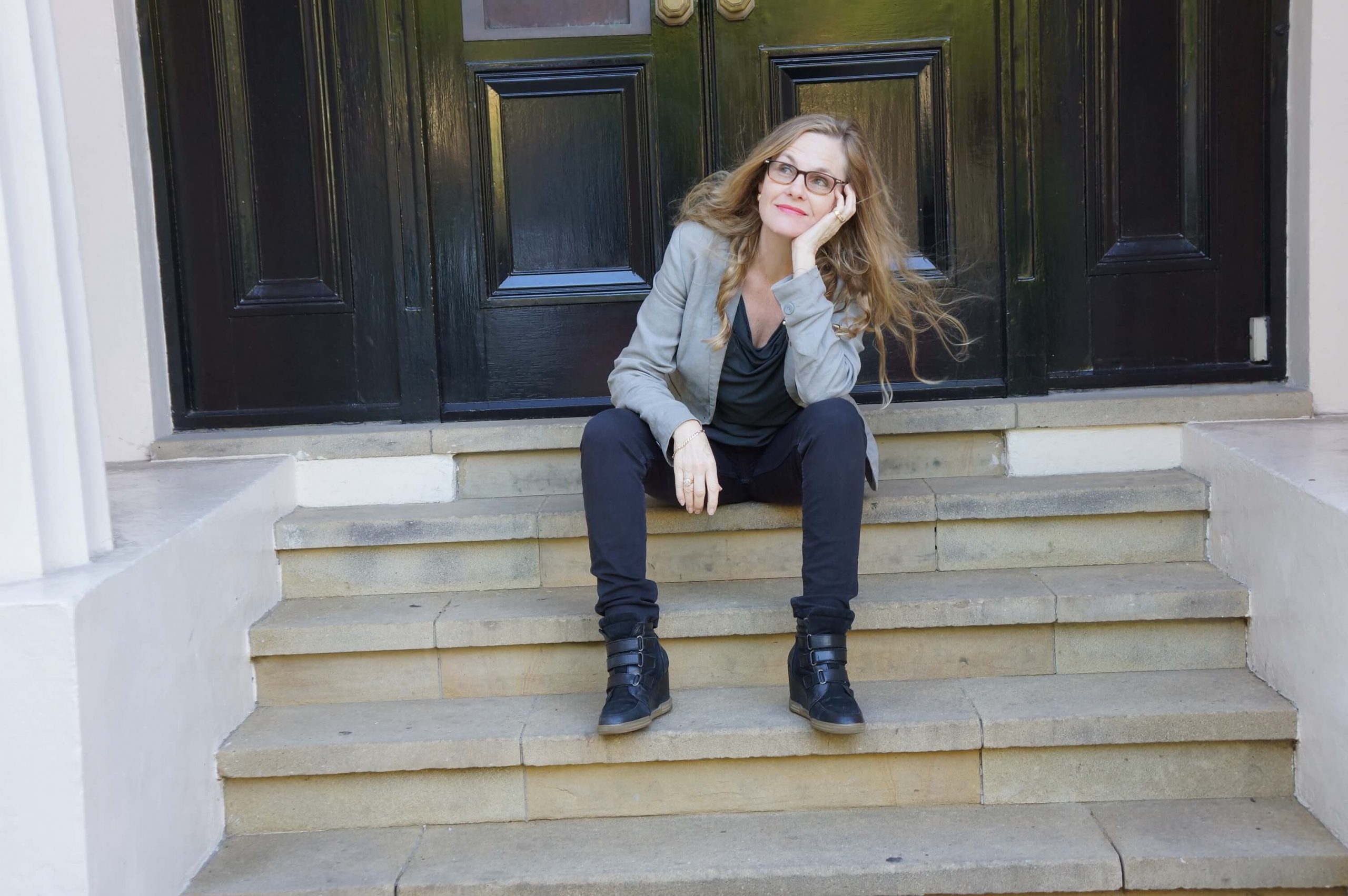 IRENE KUDELA is pianist, vocal and language coach specialising in Russian, Czech, and French repertoire. She is fluent in 7 languages. She studied piano in Prague and Paris. She was later, until 1994, teacher at the Conservatoire National Superieur de Musique de Paris. Irene Kudela is regularly invited in main Opera houses (Paris, Washington, Philadelphia, Roma, München, Bruxelles, Oslo…) and Festivals (Salzburg, Aix en Provence, Glyndebourne, Savonlinna, Bregenz…) as a Music and Language coach and Assistant Conductor. As a specialist of JANÁČEK’s operas, numerous conductors and singers ask her support when preparing these operas. Irene was MSTISLAV ROSTROPOVITCH’s and PIERRE BOULEZ’s assistant for several years .
CHORUS MASTER, she is invited at the PARIS OPERA, the THÉÂTRE DES CHAMPS ELYSEES, and RADIO- FRANCE. As a CONCERT PIANIST, she accompanied singers like BARBARA HENDRICKS, CAMILLE MAURANE, GALINA VISCHNIEVSKAYA, ALAIN VANZO, KARINE DESHAYES, FLORIAN SEMPEY… She has been ARTISTIC DIRECTOR for Erato, Hungaroton,Teldec, Emi, and recorded for Maguelone.
She has given numerous MASTERCLASSES for singers and pianists, particularly at the OPERA DE PARIS, the BOLSHOI, the N.O.S. from LONDON, the FONDATION ROYAUMONT, in Stockholm, Tokyo, Bonn, Gothenburg, Oslo, Amsterdam.
Irene Kudela has also given lectures about Janáček, has translated czech operas into french. She has also been Musical Advisor for several movies, and worked on theatrical adaptations with actors. 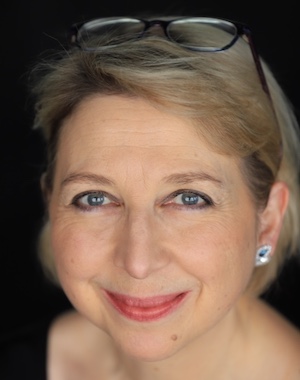 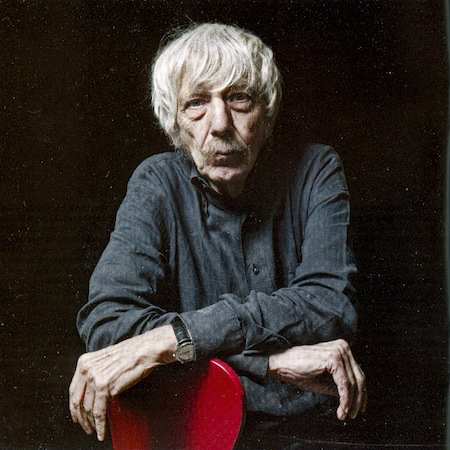 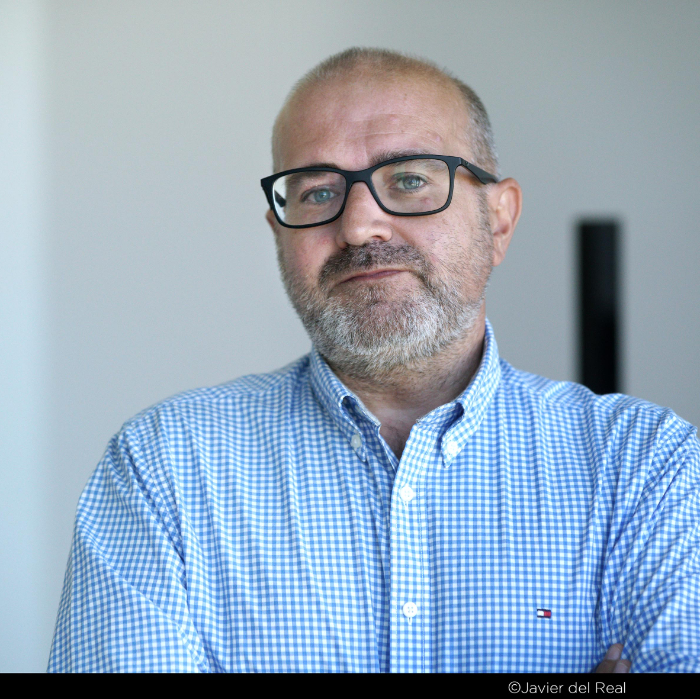 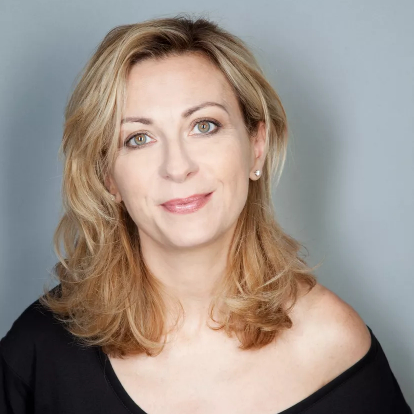 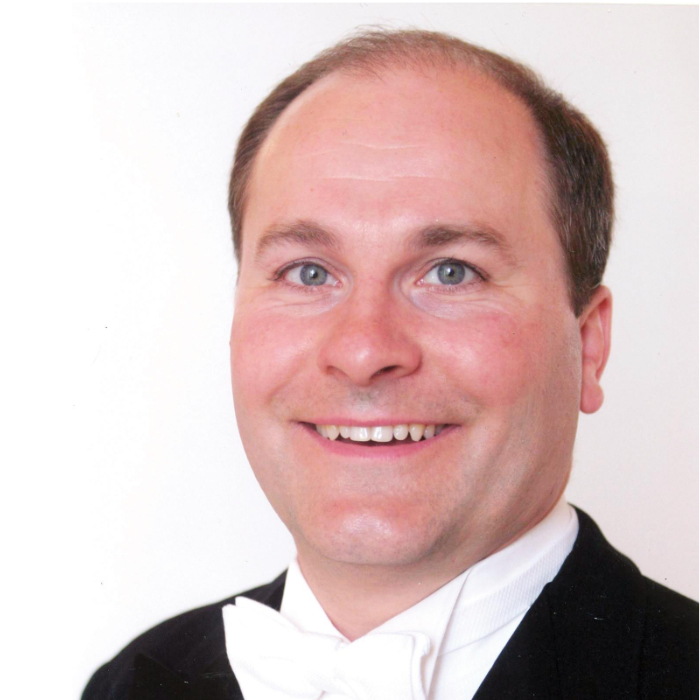 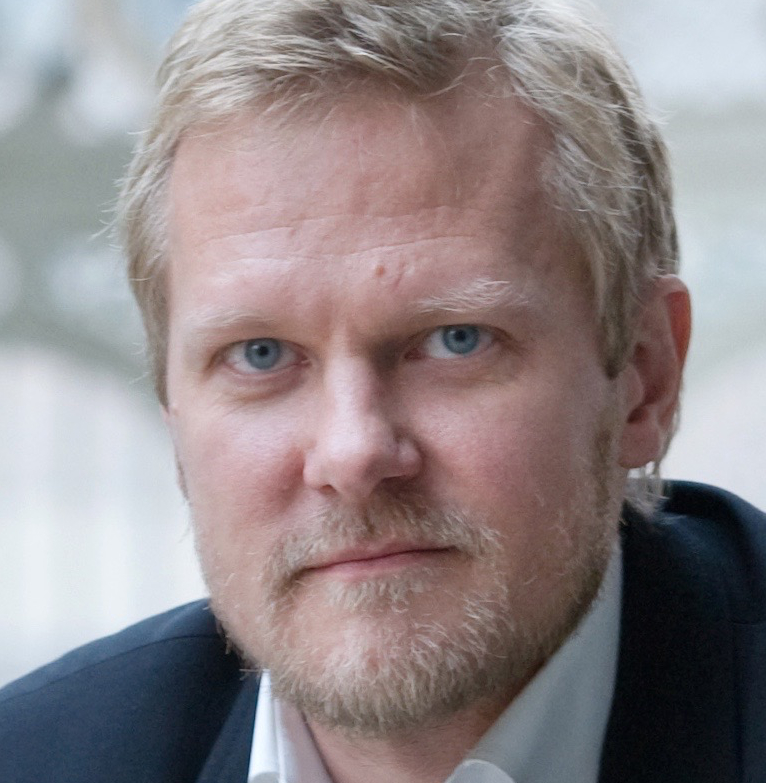 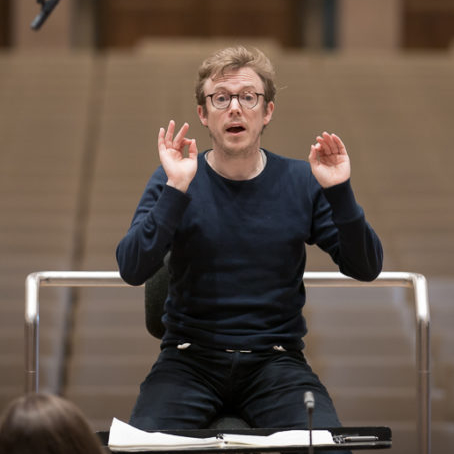 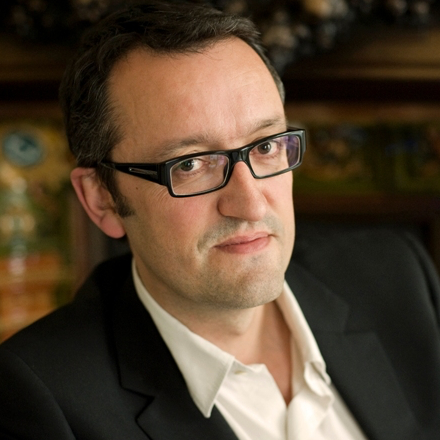 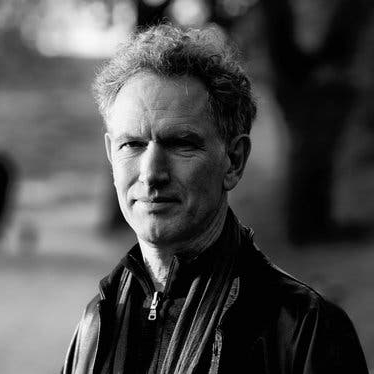 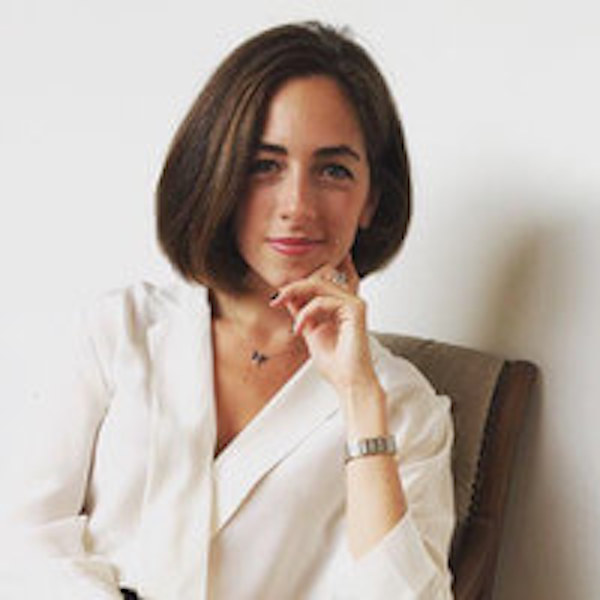 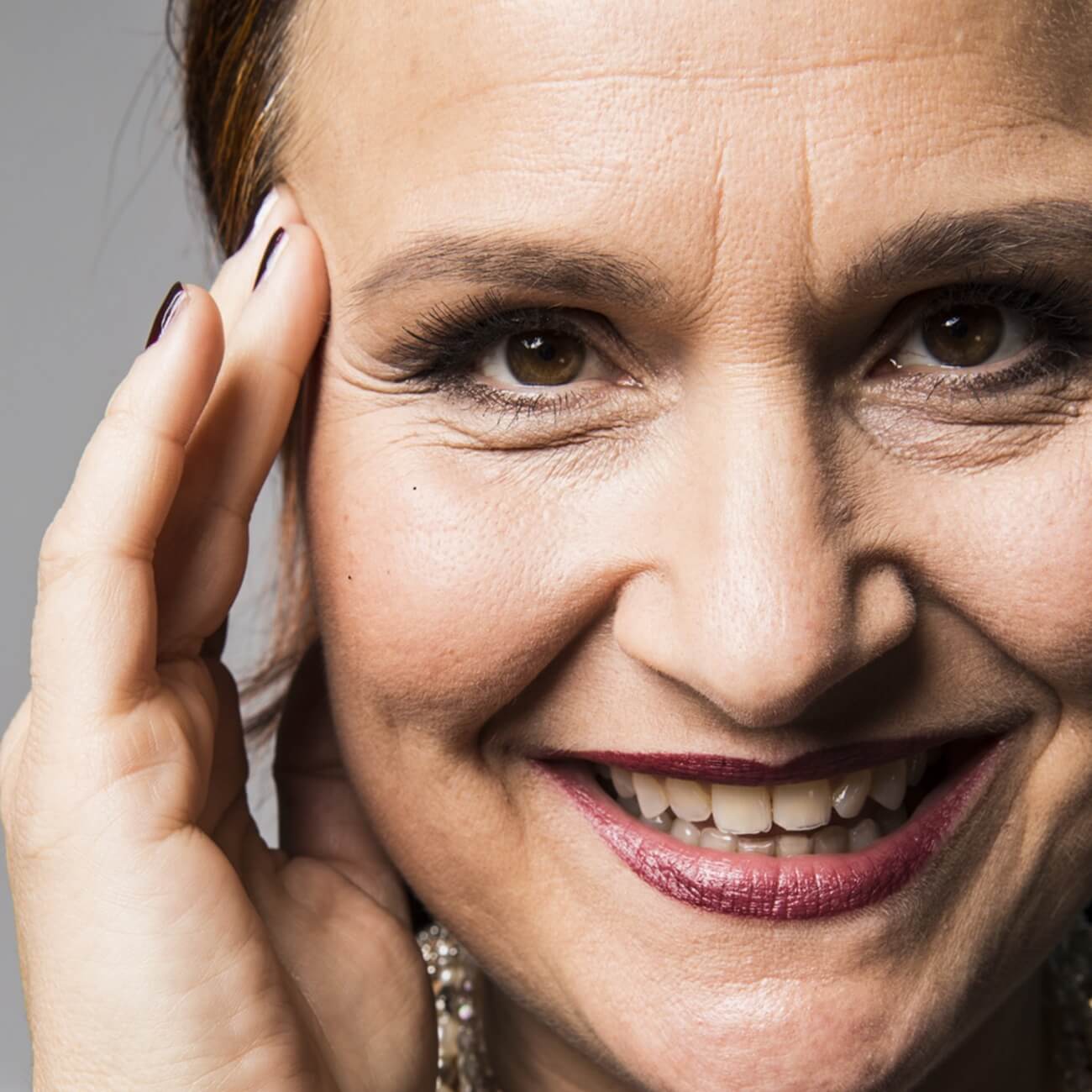 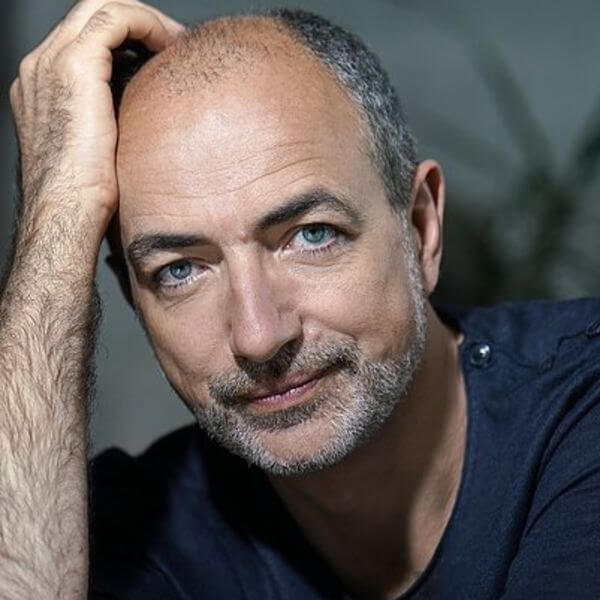 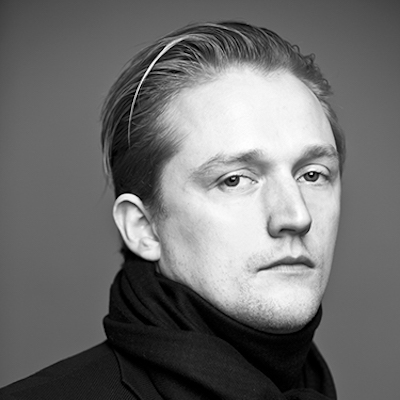 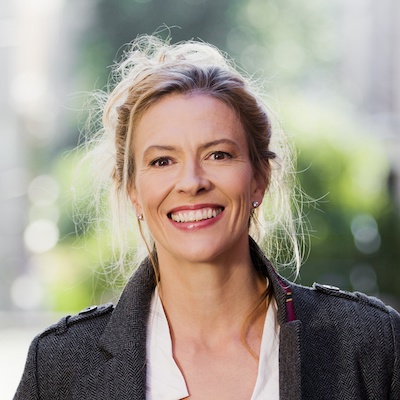 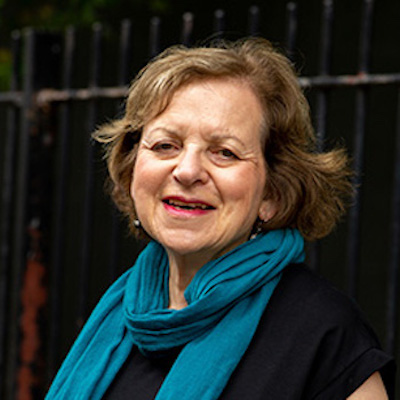 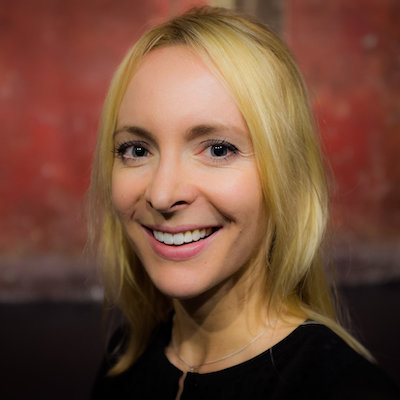 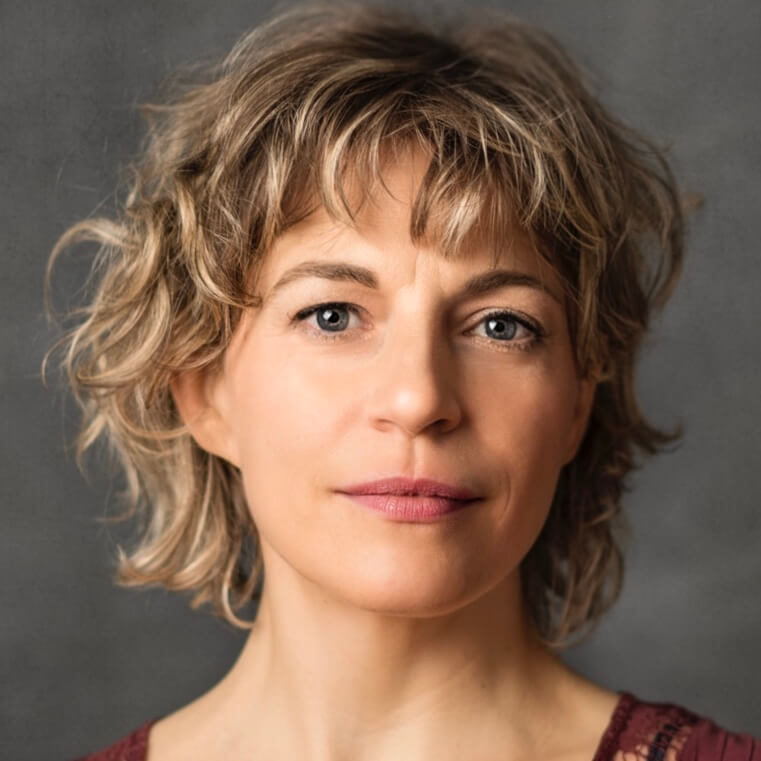 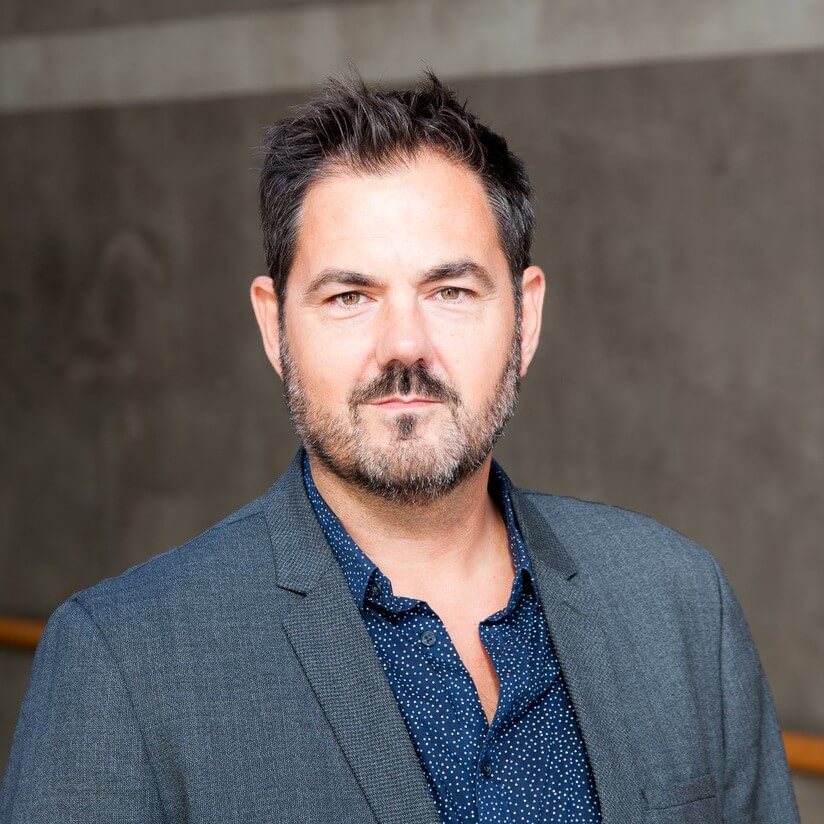 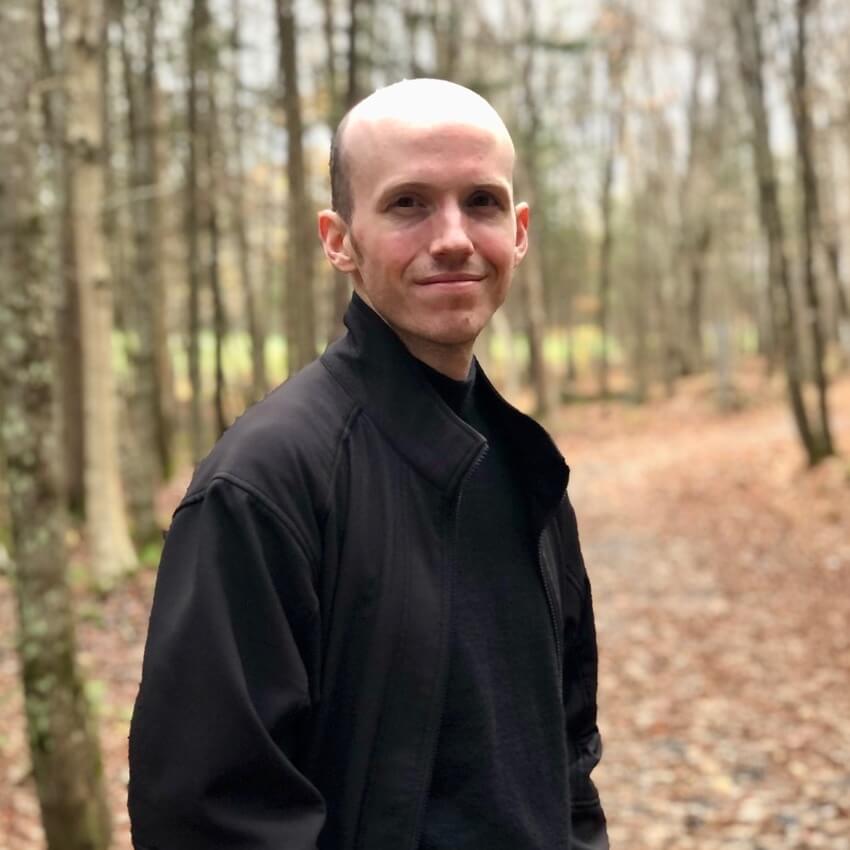