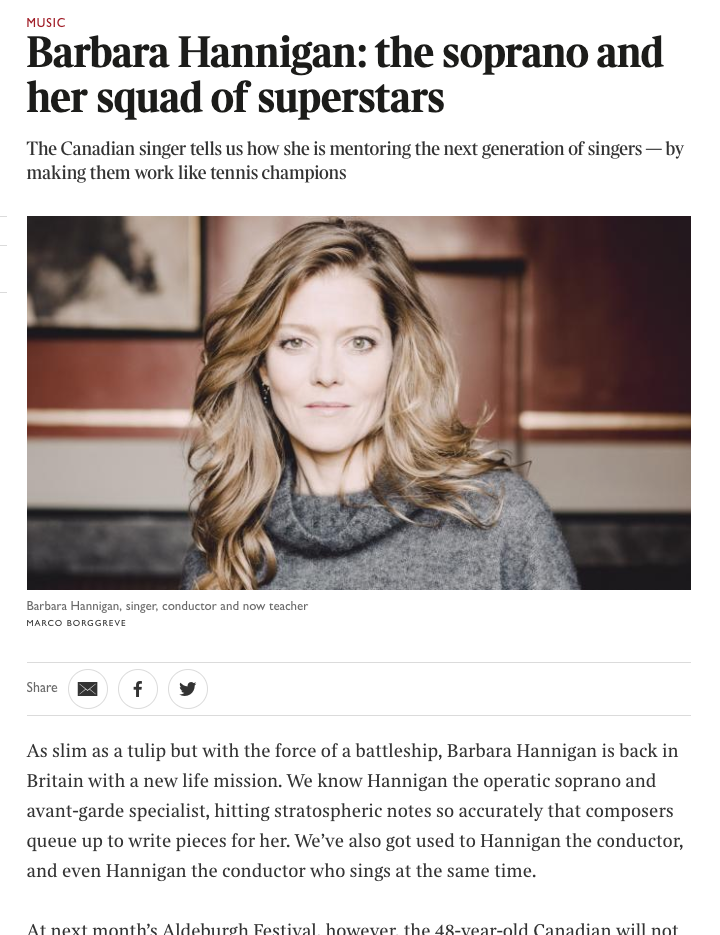 Ahead of next month’s Aldeburgh Festival, Richard Morrison of The Times interviewed Barbara about Equilibrium and her role as “mentor, impresario and general life-coach to the next generation of top singers”.

She talks about creating Equilibrium, EQ’s audition process and how The Rake’s Progress was chosen as the first major project, as well as some key points in performance preparation such as meditation and visualisation exercises given by British sports coach Jackie Reardon.