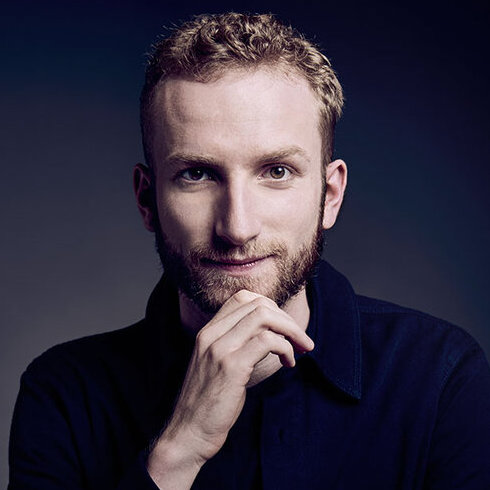 Sam Carl was born in London to Californian-British parents. He lives in Amsterdam and is on the young artist programme at Dutch National Opera. He was a 2019 Jerwood Young Artist at Glyndebourne Festival Opera. In autumn 2021 he returns to Glyndebourne to sing the role of Nick Shadow in Rake’s Progress as part of their touring season. This year he sings the role of Dulcamara in L’elisir d’amore a collaboration with Dutch National Opera, Opera Zuid and the Nederlandse Reisopera.

With Dutch National Opera appears as Filippo Marinetti in Wellem Jeths 2020 opera Ritratto, the CD of which was nominated by BBC music magazine as one of the ‘best classical albums released in 2021’. With Dutch National Opera he also sings Einarmige Bruder in Die Frau ohne Schatten under Katie Michell and Marc Albrecht, Antonio in Le Nozze di Figaro under David Bösch and Riccardo Minasi and Lesbo in Agrippina under Barry Kosky and Ottavio Dantone. With the Radio Filharmonisch Orkest he will sings the role of 2nd Sacerdote in Il Prigioniero under Franck Ollu at the Concertgebouw.

With Deutsche Philarmonie Merck he sang the bass solos in Verdi Requiem under Ben Palmer at Kloster Eberbach. He has performed Mussorgsky and Brahms songs in both Wigmore Hall and Barbican hall and he is a Samling Scholar.