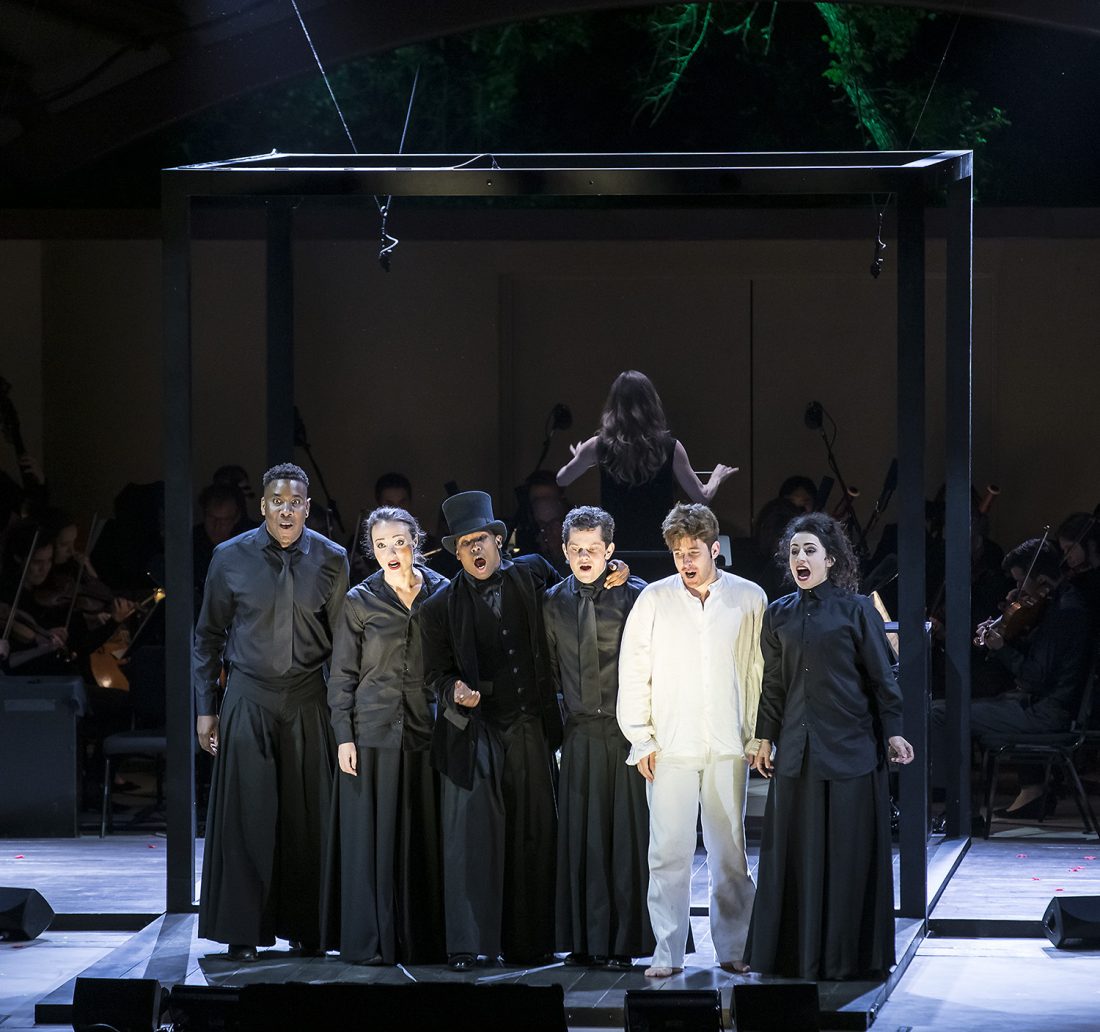 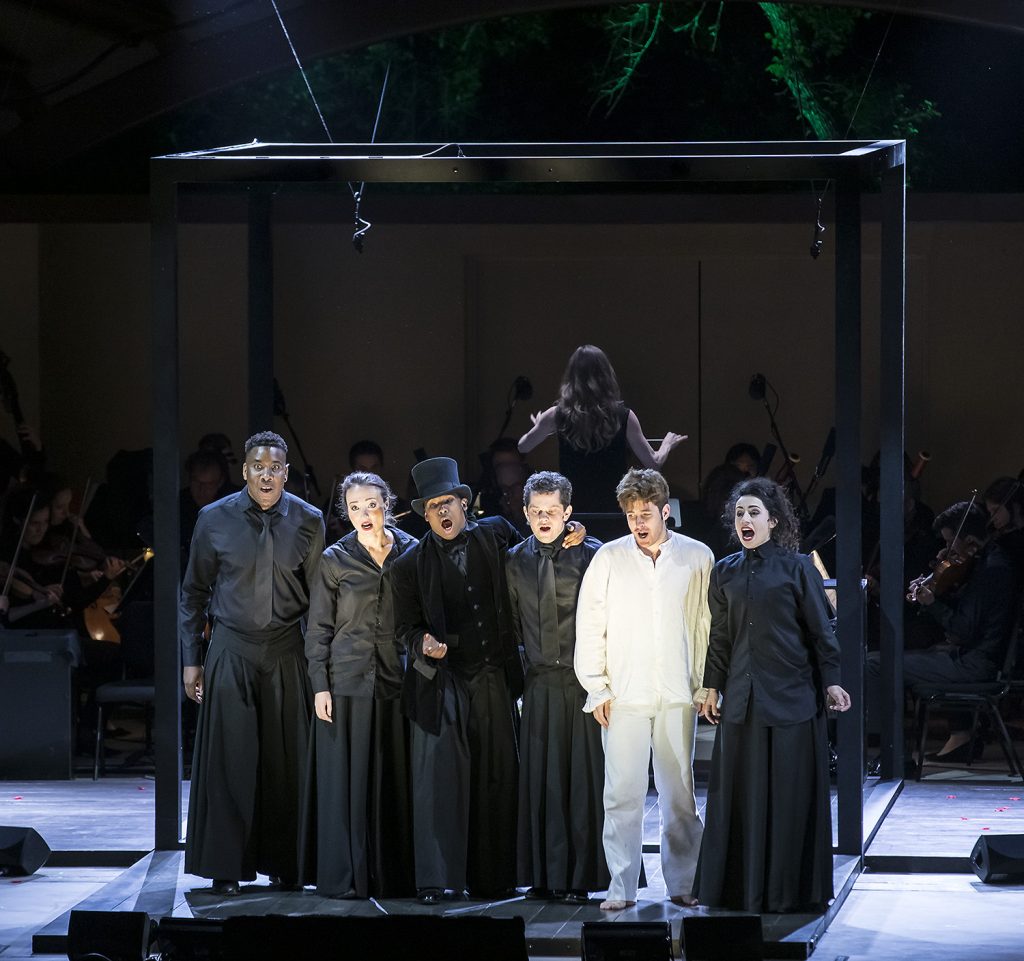 “Throughout the weekend, young singers from Equilibrium, Ms. Hannigan’s artist development initiative — oh, yeah, she’s a mentor, too — provided vocal muscle. Fleur Barron, an earthy Baba the Turk in “The Rake’s Progress,” sounded like a Carmen in the making. The soprano Aphrodite Patoulidou was an entrancing soloist in Vivier’s “Lonely Child,” a head trip of a piece in a musical language both direct and mysterious. Doubled voices, like clarinets and violins playing in unison, made sounds thrillingly difficult to pinpoint, their ethereality matching lyrics like “The stars make prodigious leaps in space, / time, dimensions striped with colored zebra markings.”

With a natural command of the stage, James Way, a tenor with a delicate voice, was a consistent scene stealer. As the auctioneer Sellem in “The Rake’s Progress,” his mania was skillfully vaudevillian; similarly eccentric were his Noël Coward-esque segments of “Façade.” When he returned, in the final concert, in Stravinsky’s “Pulcinella,” his voice was lush and nimble, balancing the sound worlds of 18th-century Pergolesi and 20th-century neoclassicism.”

“On top of all this, Hannigan oversaw appearances by the seven singers from seven countries in her Equilibrium Young Artists initiative, or EQ, along with a feisty young conductor and keyboard player, Edo Frenkel, who works closely with EQ.”
“…each shined in later appearances that included a set of folk songs from their native lands.”

“As a conductor, Hannigan throws herself bodily into her interpretations. She was at her best in Haydn, where every phrase danced to life. But she also caught the perfect Ojai moment in exotic “Lonely Child,” a gorgeous performance featuring the EQ soprano Aphrodite Patoulidou. We were left with magical gong vibrations of struck Tibetan bowl that managed to hang in the air long after the piece ended.”

“Australian mezzo Kate Howden (a name to absolutely take note of) gave a spine-chilling, heart-wrenching performance as a woman who is so totally lost, emotionally destroyed and still wrought with guilt. Alone in her cell, the emotional frenzy she has undergone is amplified and explored through the power of Turnage’s post-Benjamin Britten (think of Peter Grimes) style of orchestration. The conductor was Edo Frenkel.”

“One of the cleverest aspects of Hannigan and Morris’s programming was that it allowed some much-needed breathing time for the audience and musicians alike. It also included concerts designed as refreshing respites from dark emotional themes, thorny dissonance, and total concentration. A perfect example was the beginning of Saturday’s evening concert, which featured a program of folksongs from around the world arranged by Edo Frenkel and Fleur Barron and performed by the members of EQ.”

“It was good-natured and warm-hearted, ending with a hand-clapping, Cuban-beat rendition of “Guantanamera.”