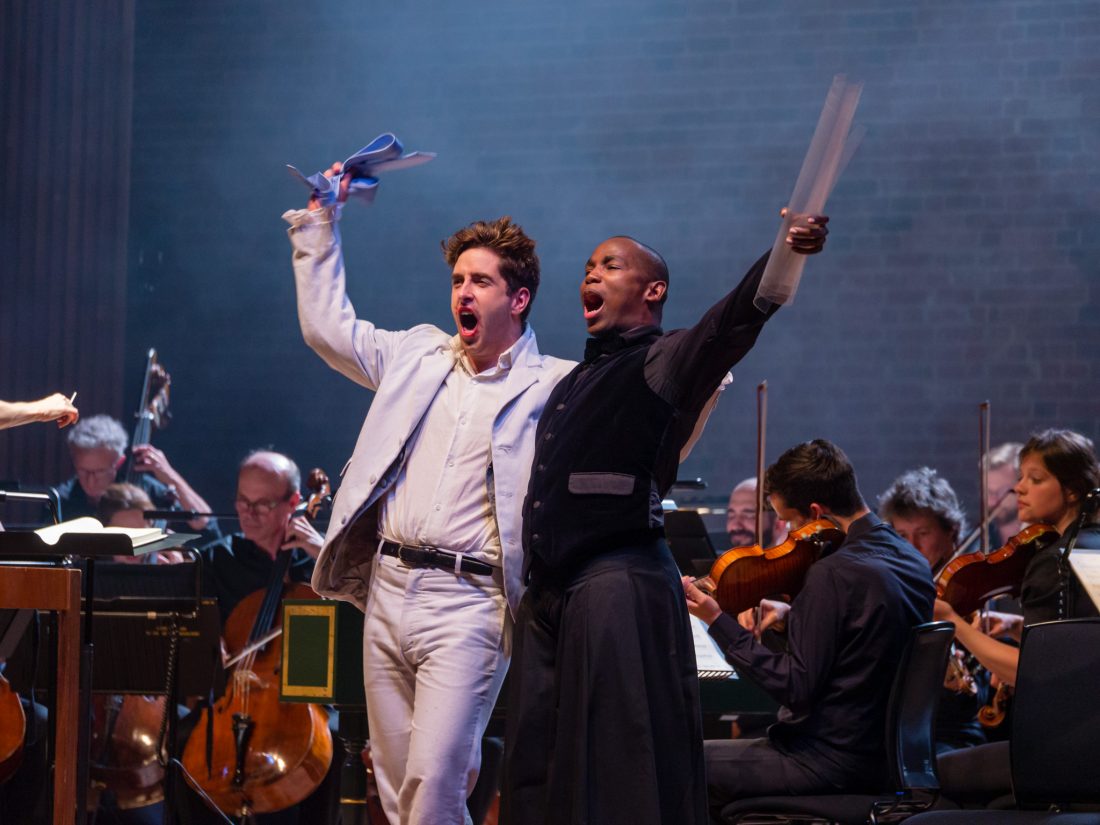 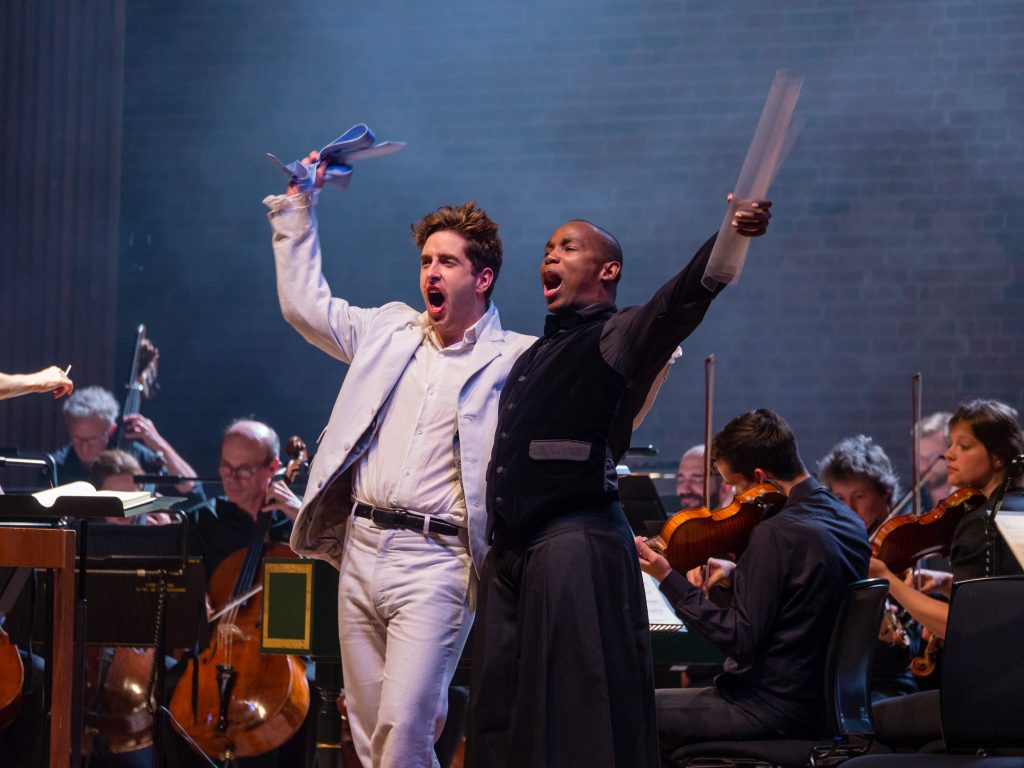 “Of the cast we heard I would say she has picked three knockout performers. Elgan Llyr Thomas sang Tom Rakewell with terrific verve. Fleur Barron’s Baba the Turk was charming, funny and even a little sexy (depends if you like bearded women, of course). And James Way as Sellem gave the auction scene more snap, crackle and pop than anyone else achieved.”

“The cast was led by the young Welsh tenor Elgan Llŷr Thomas as the feckless Tom, whose brightly lit tone swept through the score from the opening duet through to “death’s approaching wing”. Able to command facial expression with ease, whether shame, frustration or child-like naivety when incarcerated in Bedlam, Thomas gave a truly persuasive portrait and his attempt to define love was particularly touching. There was no lack of chemistry between him and Greek soprano Aphrodite Patoulidou as a pure-toned Anne Trulove. Notwithstanding a slightly pressured Act 1 ‘Quietly night’ (here just slightly too fast to be as poignant as it can be), her Cabaletta had just the right steely determination and her closing lullaby, ‘And no word from Tom’, wonderfully tender, its heartbreak delivered the evening’s emotional climax.

Guadalupen-born Yannis Francois gripped throughout as the flamboyant Nick Shadow, a gentlemen’s gentleman whose ample baritone and insidious presence peaked in a compellingly wrought card game. Of the remaining cast, Fleur Barron was a generously hirsute and idiosyncratic Baba the Turk, James Way a confident man-about-town Sellem and Antoin Herrera-Lopez Kessel doubled as a timid but sympathetic Father Trulove and androgynous Mother Goose. … In short, Hannigan and Fellbom nailed this unstaged Rake to release its emotional energy with dramatic power. Among the outstanding singers of Equilibrium are stars in the making.”

“Welsh tenor, Elgan Llŷr Thomas, put in a comfortable and rewarding performance in the pivotal role of Tom Rakewell (surely, the title-role of Albert Herring beckons?). His clear and articulate voice was heard immaculately while his acting ability matched his musical prowess. Greek soprano, Aphrodite Patoulidou, sang Anne Trulove with tenderness and care that the role demands”

“But setting the stage alight was British-Singaporean mezzo-soprano Fleur Barron as Baba the Turk, the Bearded Lady, who played her part to the full in a burlesque-type performance with costume designer, Anna Ardelius, decking her out in ‘Madame Arcati’ fashion finishing her off with a tight-fitting silver-sequinned head covering. Her aria and monologue ‘As I was saying, both brothers wore moustaches . . .’ was sung divinely.”

“And proving equally impressive on stage was English-born tenor, James Way, as Sellem the Auctioneer. He looked the part from head to toe sporting a bowler-hat, a tight-fitting buttoned jacket and a flowing black robe-like gown. Conniving, creepy and ever-watchful, he conducted the auction with an air of supremacy (as befitting an auctioneer, I guess) with members of the chorus putting in bids at random while concluding a sale by holding up heavenwards their black-covered bound scores with Stravinsky’s riveting score creating the excitement, pace and nervousness of the auction. The cast was completed by Cuban-born bass, Antoin Herrera-Lopez Kessel, who sang deeply and reverently the role of Father Trulove and Keeper of the Madhouse whilst he also appeared as Mother Goose singing falsetto with a nice pair of ‘falsies’ to lure a naïve Tom Rakewell to a night of debauchery.”