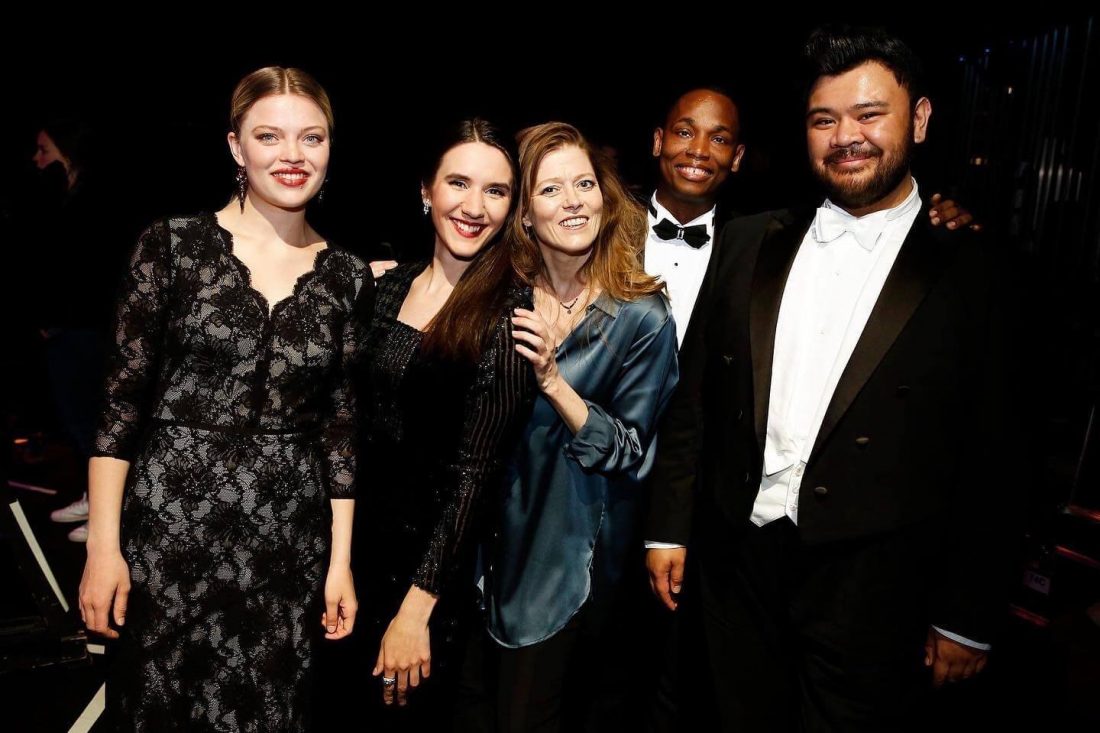 Sold Out. I had not realized that I had forgotten what this meant.

As I was preparing the Mozart Requiem with the Orchestre Philharmonique de Radio France as a member of Equilibrium, it was hard to not think about the fact that the last entire project I was able to complete in 2020 was actually one of my very first collaborations with Equilibrium. It was during the “before times”, as many people like to call it. It was a performance of the exact same work with the Toronto Symphony Orchestra and was conducted by Sir Andrew Davis. Needless to say, a lot has happened over the last two years.

Developing a career in opera and classical music can be incredibly volatile at the best of times, but the last two years have certainly been a challenge. It has been a period of cancellation after cancellation, postponement, compromise, and eventual acceptance. When things were not flat-out cancelled, rules and regulations were constantly fluctuating, ranging from 50-75% capacity, or even up to only 50 audience members in an entire venue. There was a period of time where many performances were done inside completely empty halls while it was being live-streamed on the internet. I am grateful for having still been able to make any music at all during a time when people (including myself) truly needed it the most, but one cannot deny the longing for the true experience of live performance that existed in the back of our minds. This is not to say that performing for smaller audiences is not rewarding and valuable, but the looming reality of the reason behind every single empty seat brought along a specific, heavy atmosphere with it. And like most things, one eventually gets used to it and no longer recognizes that it is even there.

Performance day is always bubbling with excitement and nervousness. However, one of my favourite moments before a show is hearing the orchestra tune. The sound of the orchestra tuning is usually the last thing an opera singer hears before the start of a show. It is something that unifies all of your orchestral projects throughout your career. It naturally instills a bubbling excitement within you because it means that another performance is about to begin.

As we walked on stage to perform the Requiem, I could not help but feel a huge wave of nostalgia. The roaring sound of applause from a completely sold out concert hall filled the space. I had heard mumblings about the concert being sold out, but one gets desensitized to hearing that when most of your performances lately have been at 50% or less capacity, due to regulations. Again, this is not to discredit performing for smaller audiences, but the energy that comes from an entire venue filled to the brim is absolutely electric. The audience in Paris was so warm and inviting. This is truly the best part of being a performer. It is a strange incorporeal thing that is difficult to describe. You can feel the weight of each and every gaze upon you, which at first may feel intimidating. That is until you allow it to envelop you and you realize just how warm and comforting it is. This peculiar connection that is established with a willing audience that is ready to go on an adventure with you.

And then, the journey begins. You are but one cog in a massive machine that makes this entire performance possible. But under ideal circumstances, that machine becomes incredibly fluid, thus allowing the individual cogs to both lead and reciprocate at the same time. It was such a joyful week working with my fellow Equilibrium members. To have the opportunity to work with such like-minded artists, whom I both respect and admire as friends and colleagues, allowed for a sense of trust and camaraderie on stage. And of course, there is the joy that comes with working with Barbara Hannigan. It is always a unique experience. It is so rare as a vocal soloist to work with such an accomplished conductor who has also quite literally been in your shoes. She is a powerful leader and knows what she wants, but at the same time, she also understands what it is that you need as a singer. You feel incredibly safe to explore and express within the framework of the playground that she establishes for you. All together, this performance for me was truly a night to remember. The fact that we got to pack our bags and do it all over again in Aix-en-Provence was the cherry on top.

This performance really bookends the last two years for me. These two Equilibrium projects of the Mozart Requiem creates a connection between my soloist debut with my hometown orchestra in Toronto to my professional debut in Paris on the new continent of which I now call home. This career is most definitely full of its high and lows, but this performance reminded me of all of the adventures I have been on so far. And most importantly, all of the people who have allowed me to take them along on those journeys.

I absolutely cannot wait to see what future adventures are yet to unfold.