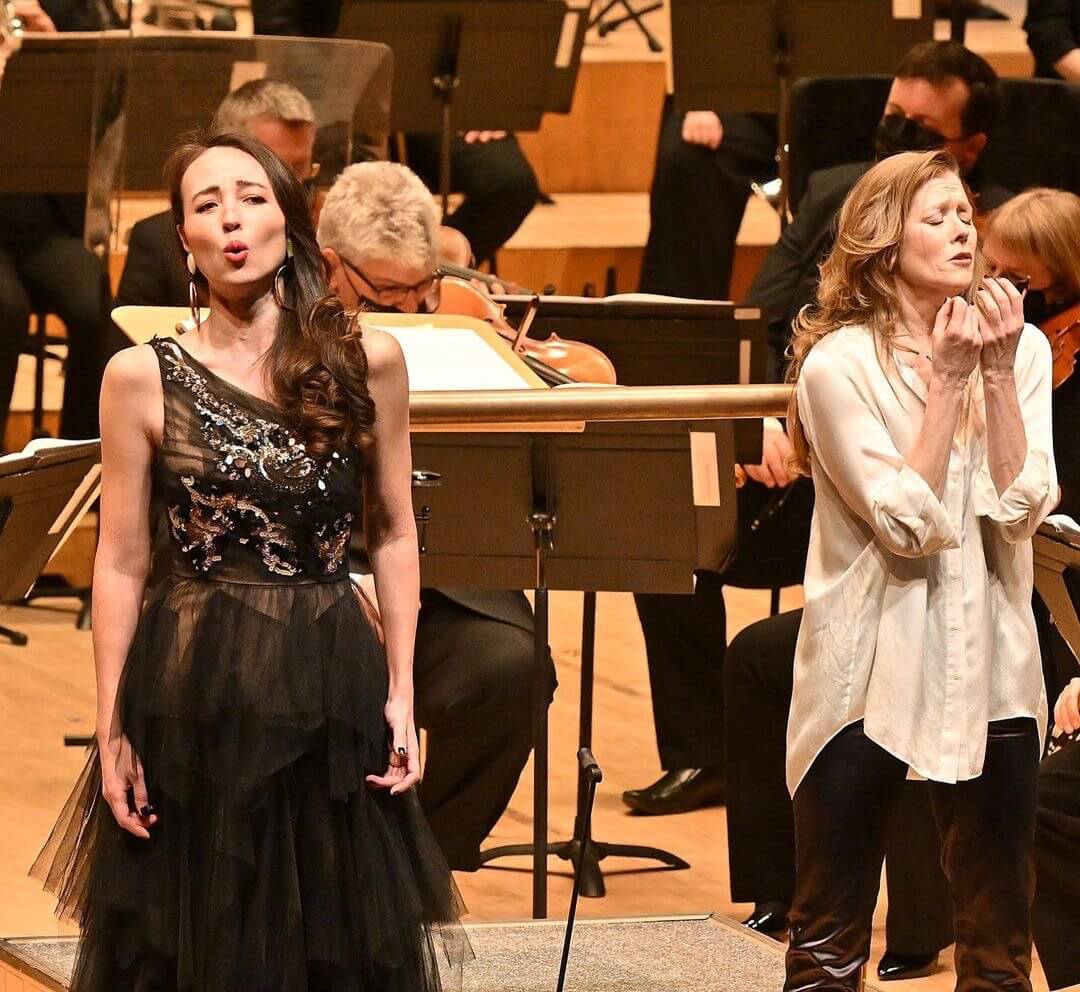 EQ Young Artist Fleur Barron gave the audience a treat when she joined Barbara and the London Symphony Orchestra on the Barbican stage for a surprise performance last month!

Performing as both soprano and conductor, Barbara and the London Symphony Orchestra delighted the audience with music by Copland, Haydn, Offenbach arr. Rosenthal and Weill arr. Elliot, before Fleur joined them for a beautiful rendition of Offenbach’s Barcarolle.

‘And, there was an interlude of sultry sensuousness, when mezzo-soprano Fleur Barron joined Hannigan in Hoffmann’s ‘Barcarolle’, their voices glossy and gleaming respectively – a sumptuously satisfying blend indeed.’ Seen and Heard International