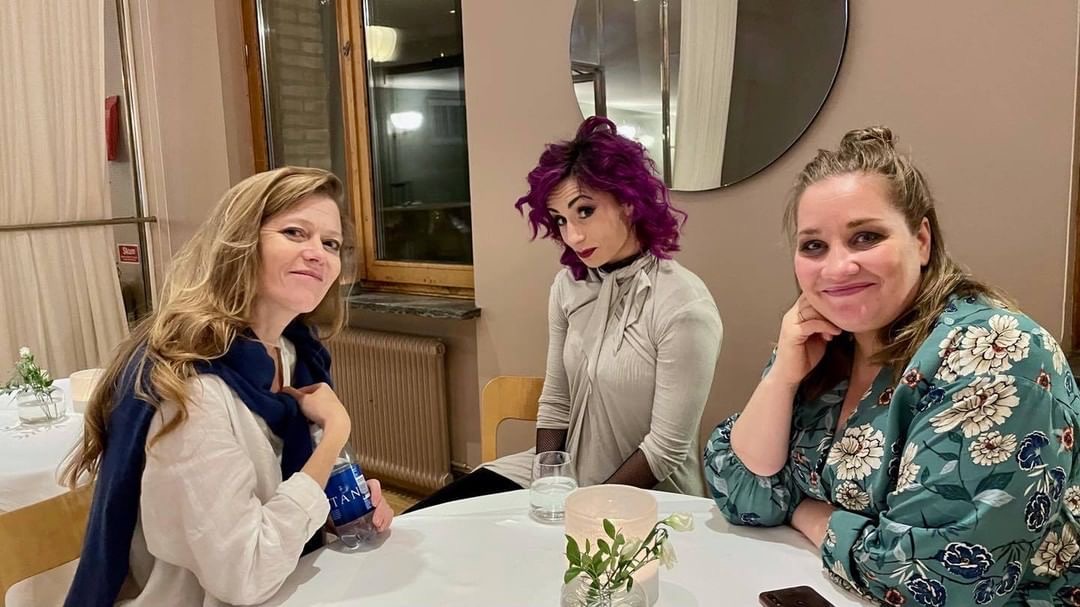 Congratulations to Barbara Hannigan, Tuuri Dede, Aphrodite Patoulidou and the Gothenburg Symphony Orchestra for their fantastic performances and well deserved reviews this week. Read about the concerts here.

“Mezzo-soprano Tuuri Dede sang the complicated live musical text with remarkable ease, from the dramatically sustained pitches in the opening bars to the onomatopoetic, invented language into which the narration ultimately devolves. Vivier is said to have created this manner of communication in his unhappy boyhood – during which time he was adopted, surrendered and then readopted by the same family. It reappears in ‘Lonely Child’, where it received equal weight from the expressive Greek soprano Aphrodite Patoulidou, who displayed a shimmering, transparent timbre and sense of dramatic connection that called to mind conductor Hannigan’s own gripping style as a singing actress. Restricted to the podium here, she matched her soloist with a tension-filled reading of Vivier’s more harmonically conventional score.” Bachtrack- Cameron Kelsall (https://bachtrack.com/review-video-hannigan-patoulidou-vivier-haydn-gothenburg-symphony-september-2021)

“Hannigan is herself an extremely prominent and virtuoso singer. But here she leaves the song to two younger colleagues, the mezzo-soprano Tuuri Dede who sings the solo part in Vivier’s “Wo bist du Licht” from 1981 and the soprano Aphrodite Patoulidou who is the soloist in the said “Lonely child” from 1980. Both make absolutely phenomenal contributions and get the passages where Vivier uses his own, made-up language to sound both idiomatically natural and genuinely foreign. Words, tones and experiences on the border. But above all, there is an outstanding precision in the individual details, a sharpness that creates lines and correspondences, meditative states, political charges. The documentary features of “Wo bist du Licht”, with excerpts from Martin Luther King’s famous speech “I have a dream”, the murder of Robert Kennedy and bombings during the Vietnam War, make the sounds expand and are also about our time. It is in every sense the music of vulnerability.” Gotenborgs-Posten (https://www.gp.se/kultur/kultur/recension-hannigans-överraskning-på-göteborgs-konserthus-1.55134822)

“The inexorable raw and blackened “Wo bist du Licht?”, With samples of the voice of Martin Luther King, tells of the assassination of Robert Kennedy and the Vietnam war where the vocal voice was pushed to the limit of madness by the sovereign Tuuri Dede who belongs to the international mentor project of Hannigan Equilibrium for Young Artists. Like the charismatic soprano Aphrodite Patoulidou who gave a heartbreaking voice to the more ritual colored opera “Lonely Child” which is based on the imaginary language Vivier used as a child when he sang or talked to himself before falling asleep.” Dagens Nyheter- Martin Nyström (https://www.dn.se/kultur/barbara-hannigan-tillbaka-i-goteborgs-konserthus-med-tat-dramaturgi/)