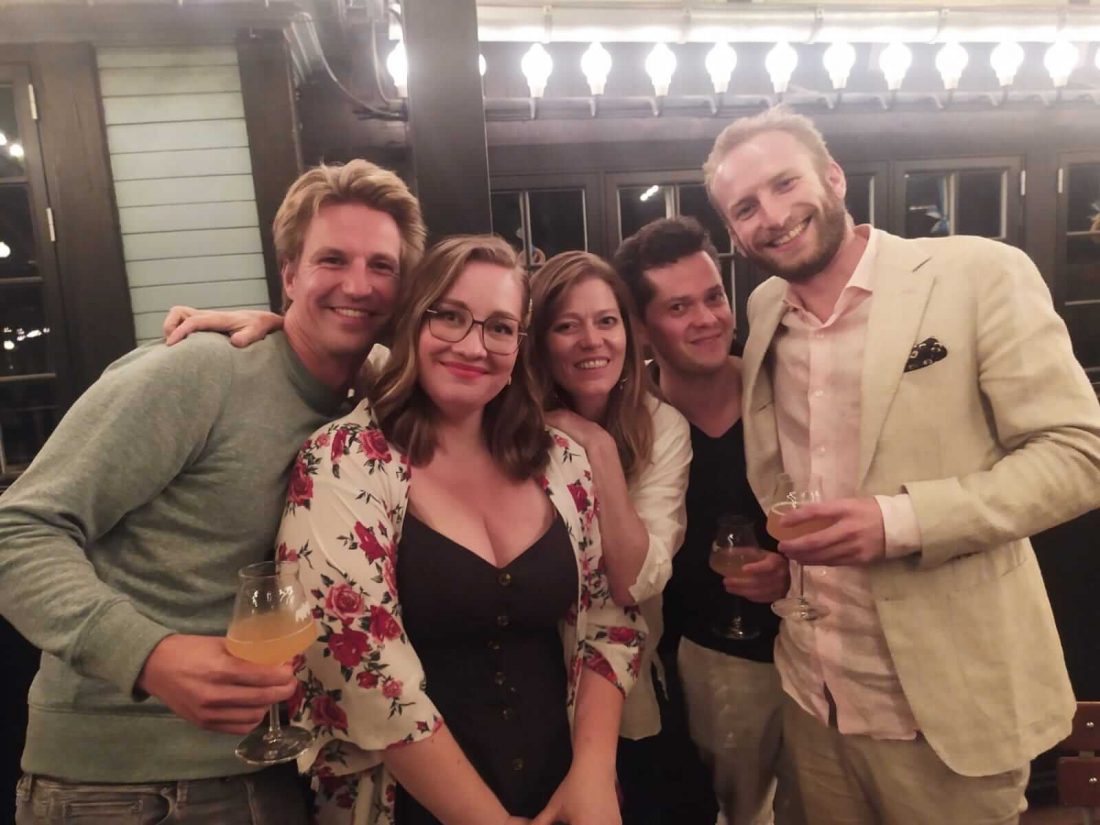 In March 2020 I flew back to London from a wonderful week of EQ Pulcinella with the Swedish Radio Symphony Orchestra, little did I know that my next performances abroad would be a whole eighteen months later. But how fitting that the performance turned out to be Pulcinella with EQ & Barbara Hannigan.

England being declared RED by Denmark two weeks before the concert meant that there was a brief, devastating, moment where I thought this, like so many other concerts, wouldn’t happen for me either. However, some wonderful work by people both in the UK and Denmark meant that I breezed through Heathrow and Copenhagen Airport with a negative PCR test and the requirement to stay in my apartment when not working in Copenhagen – a small price to pay!

The summer season of the Copenhagen Philharmonic takes place in the Tivoli Gardens. The historic concert hall nestled amongst a boating lake, rollercoasters and all manner of other amusements. None of these were for me however, I was here to work. Eschewing the joyous yelps of those indulging on the roller coasters I walked sternly on into our first rehearsal. I meant business.

There’s always a certain joy to singing having woken up in the early hours, flown across countries and proceeded almost directly to the piano rehearsal. Will I sound like a tenor or a bass baritone today? Is my FFP2 mask as moisture retaining as the humidiflyer we once relied on for premium voice freshness (it’s worth noting that singers well very much ahead of the curve in mask wearing on public transport)?  But as ever with Barbara, the rehearsal was a delight. The equilibrium mentally prevailed and it was a fantastic opportunity to meet and sing with mezzo-soprano Tuuri Dede for the first time. Sam Carl, our bass-baritone for the project, was joining the following morning having only got married in Italy a few hours prior.

It was fantastic to be reunited with this wonderful piece and all the characterful nuances that Barbara has teased out of the score over several performances. This EQ project also turned out to be an education in overachieving and having more than one job. We were treated to a fantastic Q&A with Uffe Savery, percussionist and musical entrepreneur, who has combined his chart topping performing success with running the Copenhagen Philharmonic and now the Royal Danish Academy of Music. A rare species you might think: enter Peter Lodahl. Uffe’s successor at the Copenhagen Philharmonic who combines his job there with his international career as a tenor – Peter was singing the Duke in Rigoletto at the Royal Danish Opera the night after our concert. Peter informed us that during his tenure in the ensemble of the Royal Danish Opera he also studied Law, which begs the question, should I be working harder? So as lovely as writing this summary is, I must now go and study for my PHD in astrophysics.

Fun Fact: In danish the word ‘to lead’ also means to find find the way.