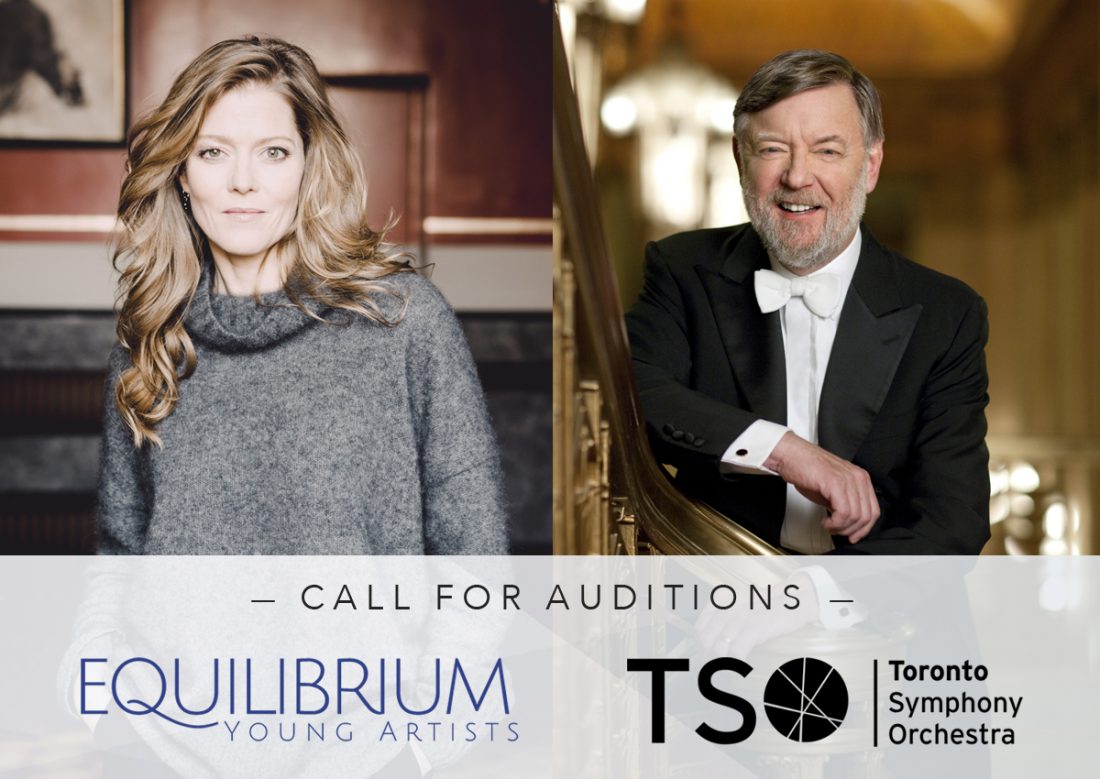 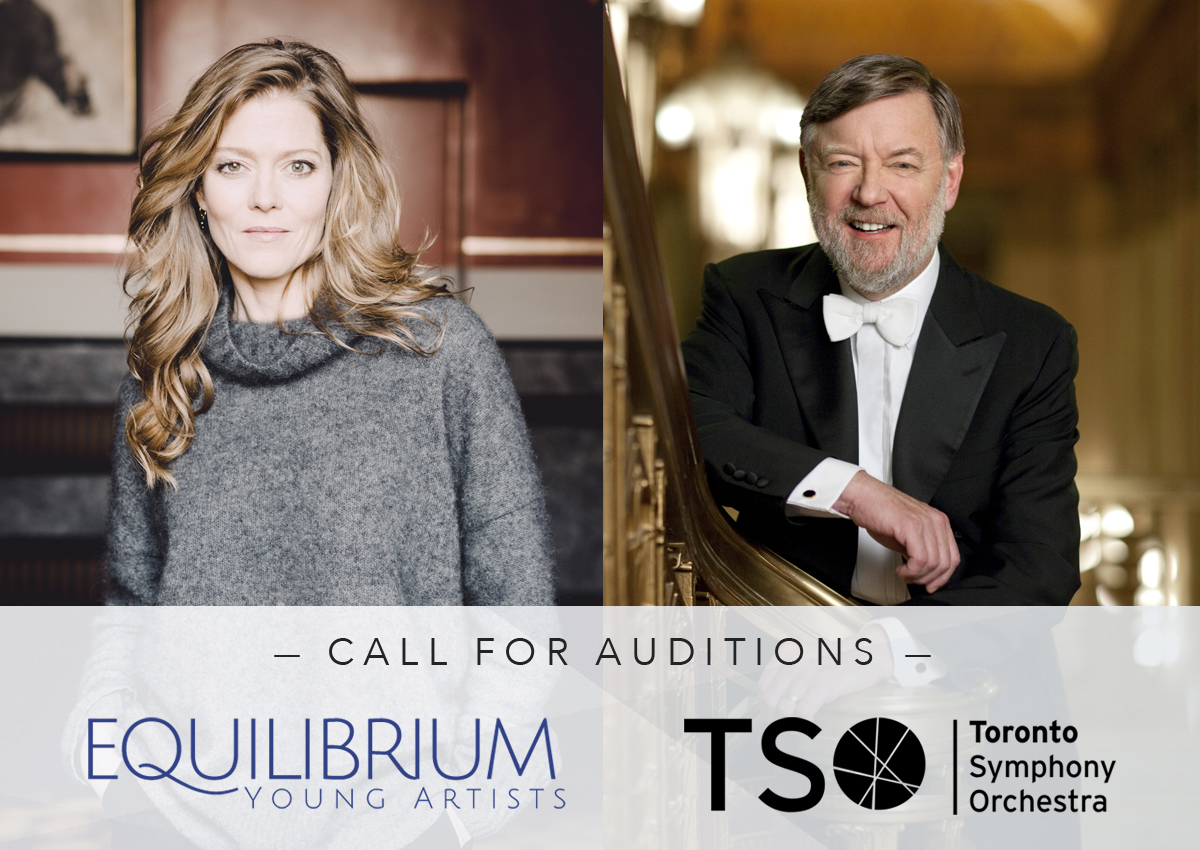 Equilibrium Young Artists is pleased to announce auditions for performances of Mozart’s Requiem with the Toronto Symphony Orchestra conducted by Sir Andrew Davis in January 2020, preceded by an Equilibrium intensive workshop at Lunenburg Academy of Music Performance (LAMP) in August 2019. Please note: auditions are for young professional singers who are Canadians living abroad or residents of Canada

There will be four performances (fees paid by the Toronto Symphony Orchestra): January 15, 16, 17, 18, 2020 at Roy Thomson Hall. Rehearsals will begin January 12, 2020.
The Equilibrium intensive (travel within Canada and accommodation expenses covered by EQ/LAMP) will take place at Lunenburg Academy of Music Performance in Nova Scotia on August 26-28, (with arrival August 25) 2019.

This collaboration marks the first time Barbara Hannigan brings her mentoring initiative, Equilibrium Young Artists, to Canada. Hannigan and the Toronto Symphony Orchestra have a long-standing history of introducing firsts to Canadian audiences, including Hannigan’s debut with the orchestra (as soprano) with the Canadian premiere of Ligeti’s Mysteries of the Macabre in 2000, and Hannigan’s North American conducting debut in 2015.

Equilibrium Young Artists (EQ) is an international mentoring initiative founded by Canadian soprano and conductor Barbara Hannigan, designed for young professional musicians in the first substantial phase of their career. With a special focus on singers and conductors, EQ exists to elevate the participants’ level of total musicianship and discipline to the highest level. Through intense workshops, EQ artists work towards professional performance opportunities with some of the world’s leading orchestras.
Equilibrium’s inaugural 2018/19 season includes The Rake’s Progress (Gothenburg Symphony, Munich Philharmonic, Ludwig Orchestra – total of 14 performances in Europe and 1 at Ojai Festival in California), and Mozart Requiem (Danish Radio Symphony Orchestra, Munich Philharmonic).

Auditions for the Mozart Requiem engagements with TSO/Sir Andrew Davis are for:

Auditions will be held on February 10, 2019 in Toronto. A pianist will be provided. In addition to individual auditions, the audition process on February 10 also includes a c. 30 min. mentoring session (with groups of 5-6 singers) with Barbara Hannigan and Sir Andrew Davis.

Pre-audition requirements should be included in one email and sent to connect@equilibrium-youngartists.com with the heading TORONTO EQUILIBRIUM AUDITION on or before 6 January 2019.

You will be informed by January 13 if you are accepted to the auditions, and further informed of audition requirements (most likely: material from Mozart Requiem, another Mozart or Handel aria, and one contemporary piece of choice).

There is no application fee for the auditions. A pianist will be provided at no cost to those selected to audition.
Please do not apply if you are not available for BOTH the Equilibrium 3 day intensive August 26-28, 2019 as well as from January 12-18, 2020 rehearsals and concerts with TSO.
We do not want to take audition space away from those who are actually available!

If you are chosen to be a part of the EQ/TSO project, you commit to: 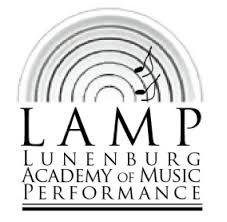